Artworks with wood are tried out by professional carpenters as well as amateurs in various forms. And to implement the same, you would require the right tool. Scroll saw and jigsaw is two of the most popularly used tools for woodwork.

Scroll Saws, as well as the Jigsaws both, are power tools used for making curved cuts in the wood, which other power tools, basically saws are incapable of doing.

Both electric wood saw types are used to make intricate cuts and designs where the blade of the saws motor moves in up and down motion.

SCROLL SAW VS. JIGSAW– WHAT DO THEY DO?

Jigsaws are much more versatility than the scroll saw in general. And the primary strength of a jigsaw lies in its portability. A jigsaw being a light-weight tool can be used in small and awkward spaces if corded, where a battery powered Jigsaw has no limitations as to where it can be used.

A jigsaw is ideal for craft and carpentry work. A jigsaw is able to make cuts which no other handheld power saw can make. Closeup side view of a mid 30's man doing some carpentry work at a workshop.

A Scroll saw allows you to make precise and intricate cuts of complicated shapes, for decorative and craft purpose or for do-it-yourself projects. Their small size makes them ideal for just light-duty cutting, but their variable speed and the controls afforded by them give an edge over the other similar tools.

Unlike a scroll saw, a Jigsaw is able to make plunge cuts in which the blade is plunged into the center of the material such as wood to be cut rather than starting from the edge or maybe start from a starter hole.

As the Jigsaw is a handheld tool it is less accurate than the scroll saw. Lack of portability and the size of the of the scroll saw means that these kinds of intricate cuts can be made only on smaller pieces of work as per the quantity is concerned.

A scroll saw is not so useful even for both do-it-yourself work as well as in the house tasks but while concluding we can again term the scroll as the artist's tool. Where the jigsaw is placed in rows of equal importance with tools like the Table saw as one of the most useful tools of the workmen’s workshop.

There are high chances for a Jigsaw to do any cutting job you want to do; the major downside for the Jigsaw is its crude work due to the fact that this saw is a hand-held tool.

The structure of the saw features a small table, on which the material for carrying out your work is placed and the blades of the scroll saw move up and down due to the reciprocating mechanism of the saw. Smaller models of scroll saws are also present which are powered by batteries, but generally, they operate on electricity. Scroll saws are great because they do not produce a lot of dust, fun to work with as well as a safe tool to work with. A scroll saw is beneficial over a jigsaw.

One major aspect of a scroll saw is making 3D fractals and pierce cuts i.e. cutting from inside out, cool collage type work as well as marquetry. A scroll is basically an artist-friendly tool giving the artist a lot of space to improvise his imagination.

Jigsaws are must-have tools for any wood-worker who wants to get his job done faster than any hand held saw. When accessorized with the correct blade jigsaws can also cut steel, fiberglass, PVC, foam and drywall. If you are planning to buy a saw for intricate work and stand confused about which saw you should buy, here is a summary of some types of scroll saws as well as Jigsaws available in the market.

There are cordless, corded, battery operated cheap and expensive varieties of the scroll saw as well as the jigsaw.

Related: Best Jigsaw For The Money

Some of the popular scroll saws

Choosing a right scroll saw ideal to your work is a tough task, seeing the number of options available in the market. As we go through the various products falling under the Scroll Saw category we go through the review of these three products.

Dewalt tools have a name in the market and you can hardly put a foot wrong with this range of products. The key features of this product include tool-free blade clamps, double parallel-link arm design to reduce vibration, on off switch, arm pivots etc. 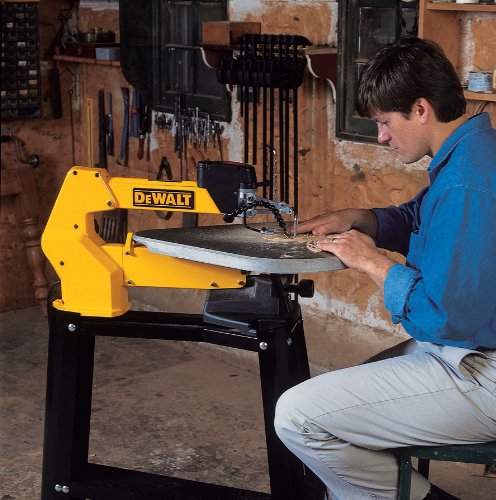 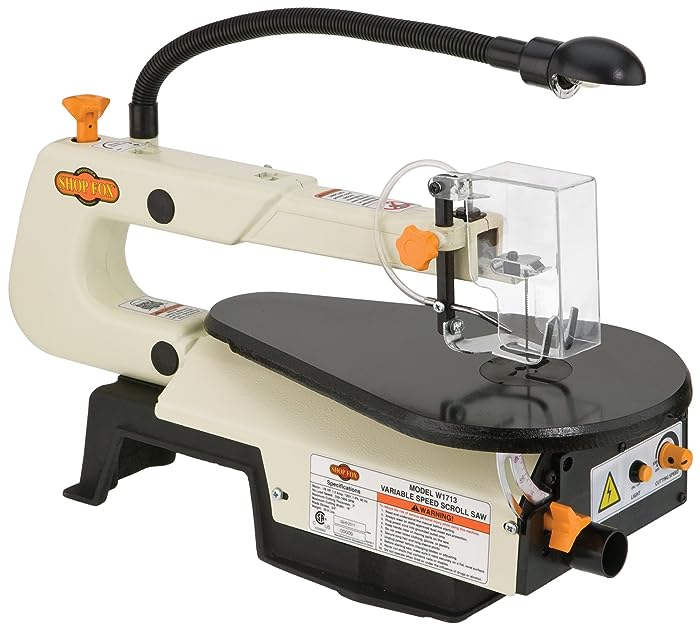 This is a scroll saw for all those who are looking for one at a budget. Though it comes at a low budget but it does not compromise on its features. Some of its key features include variable motor speed, cast iron table, gooseneck work light, dust blower and dust port, ability to cut across different angles and a table lock knob and tilt scales.

The electronic speed can be adjusted from 400-1,750 SPM for an array of applications. There is reduced vibration thanks to the dual parallel design and undercutting which improves accuracy and quality. The upper arm lifts and locks in a raised position during adjustment of blade position. 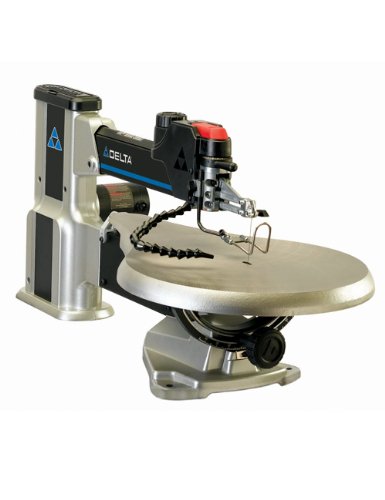 Some of the popular jig saws 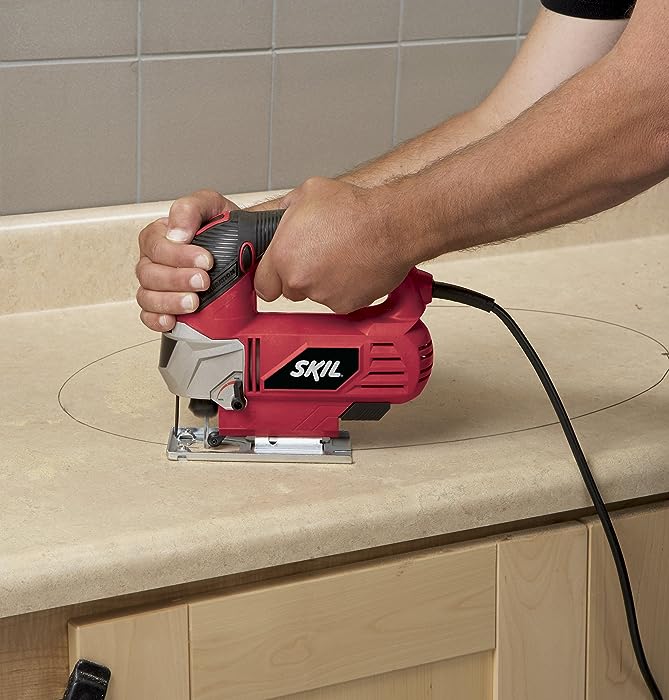 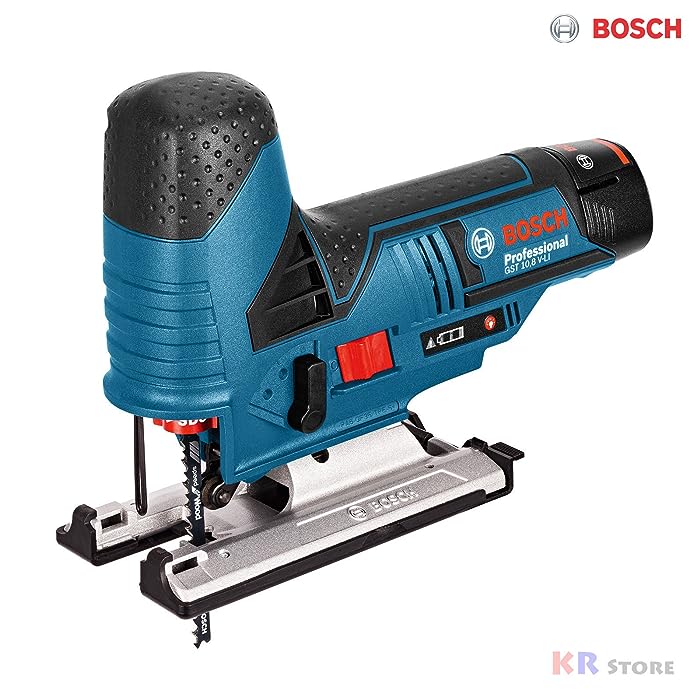 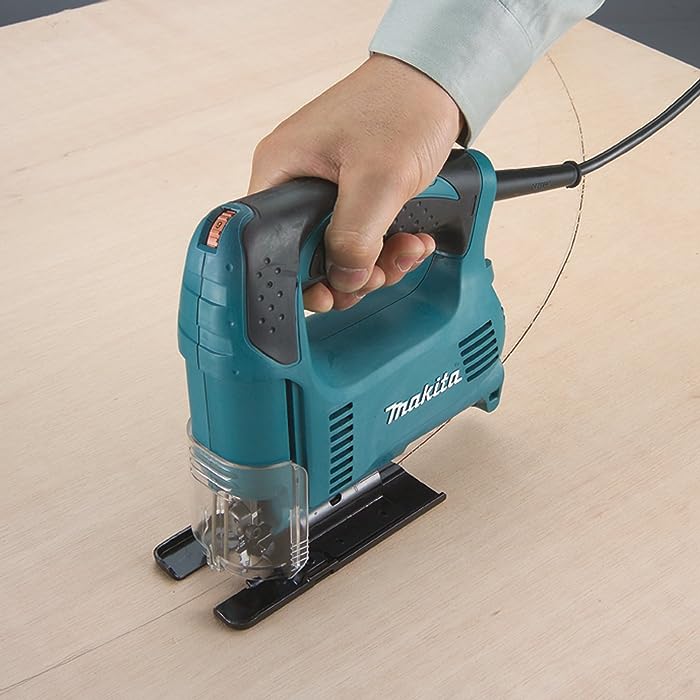 As we seen before jigsaws and scroll saw are almost same, as both are basically used to make curved cuts. But, if you want to go for one, go for the jigsaw as it has a lot more uses in general than the scroll saw.

Whereas if you want to intricate woodwork or art and designing work a good scroll saw is the tool you should buy for yourself.If you are an artistic person and have to do a lot of intricate, precise woodwork straightway, go for a Scroll saw as it gives you the fine design and great curve cuts. Just keep in mind the amount of space you are going to vacate for this tool.A jigsaw is a tool for the person with lots of DIY work, and is better than the scroll saw because of its portability benefits; it may be a crude tool but is great for household works which do not need precise designing skills.

For example, if you want to make a cut out for a sink in your kitchen counter top a Jigsaw is an ideal tool for you and not Scroll saw.

However, no matter which tool you are using, always remember, “Safety First”!

How To Build A Folding Sawhorse Quick And Easy: Best Free Guides For Your Amazing Sawhorses
Next Post: Woodworking Safety Rules: Precautions Are Better Than Cure