The table saw as well as the miter saw may seem common to a person who is unknown to the wood work industries, so let’s try to know these tools better.

Table saw vs. Miter saw, which one to prefer depends completely on the work we do with our tools.

Both these tools get classified under woodworking power tools.

Where on one hand table saw does a two-way task of rip working and cross-cutting , miter saw is great for cross cutting. Table Saw VS Miter Saw: What do they do?

Table saw has a lot of features, one among many being the speed with which you can measure the depth of your cut in the wood plank and the efficiency, thus stated as the backbone of any workshop.

Table saw is divided into some categories, as you can find here.

Bench Top Saw : Being light weight as well as a portable saw with a universal motor, it is generally used for making shorter rip fence due to its narrower top compared to contractor and cabinet saws.

Contractor Table Saws are comparably heavier due to ?their attached stand? and wheels; with either an induction type motor with 1 to 2 hp or a motor with a direct drive blade.

Homeowners or people with wood crafting hobbies generally use this tool case of its less power consumption and lower cost than the other table saw models.

Moving on to the Cabinet Table Saw which is comparably heavier with a huge amount of steel and cast iron, this heavy structure decreases vibration and increases the accuracy of the work being done.

If installed at home, cabinet saw requires a heavy-duty circuit setup, it is an improved structure in many aspects due to its heavy and enclosed cabinet structure as it increases durability and the dust collection port is majorly helpful.

Miter saw is used to make miters and cross cuts in a work piece. It is advantageous for creating sheen cuts with no ugly distortions, even when repeated several times.Miter is further divided into four categories. Basic miter Saw: This saw doesn’t have bevel options. This saw can give Cross cuts as well as miter cuts.

Compound Miter Saw: Now, this has a vertical pivot with a rotating function. This saw does single as well as dual beveling, and like the standard saw can cut horizontal angles perfectly. This saw can do Miter cuts, bevel cuts, cross cuts and compound cuts. It’s a single action saw.

Cordless Miter Saw: This saw can do single and dual beveling. This saw can give Cross cuts, miter cuts, models with dual or single bevel designs allow compound and bevel cuts.

Sliding Compound Miter Saw: This one has horizontal sliding arms as the name says. This tool can do Single and dual beveling. This saw can give Miter cuts, cross cuts, and compound cuts.Another type of miter saw is the power miter saw.

The distinctive feature of this miter saw is accuracy and its speed when working on a selected angle. The miter index is another feature of the power miter saw which allows the angles of the blades to be changed relative to the fence.

Table Saw VS Miter Saw:
Which one to choose?

Many people have many questions about the tool to choose under the ongoing dilemma faced over the Table Saw vs. Circular Saw rift.

Well, the answer to this will surely be a table saw as it is said again and is the tool for the home maker for the in-house construction, but when you need to make a 45 degree angle in your wood.

Miter saw is far easier to work with than the table saw. With the help of its miter blades, the desired angle could be set very easily, where if one tries to do the same work with the help of a table saw, first a sled needs to be ready and only then can the work be done accurately.

But the versatile behavior of table saw of making rips as well as cross cuts make it preferable over miter saw or slide miter saw.

If you are planning on doing long time frame-work and cross-cutting work and do have enough space, miter saw is the best option for you.

But you got to choose any one among these go for a table saw without overlooking its price as its versatility will pay off the price for you very soon. 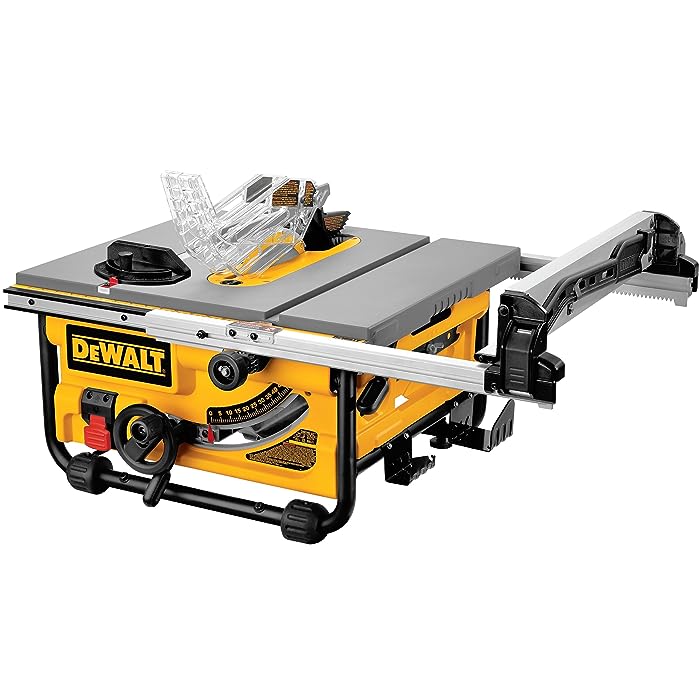 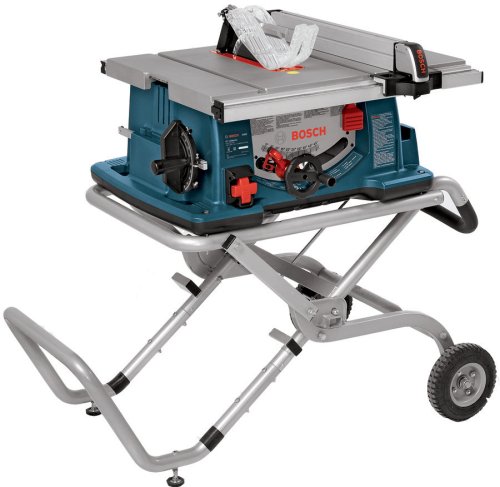 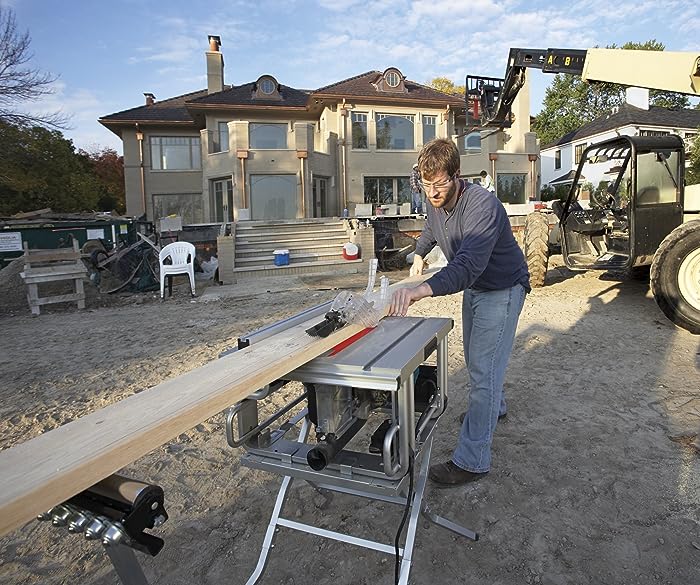 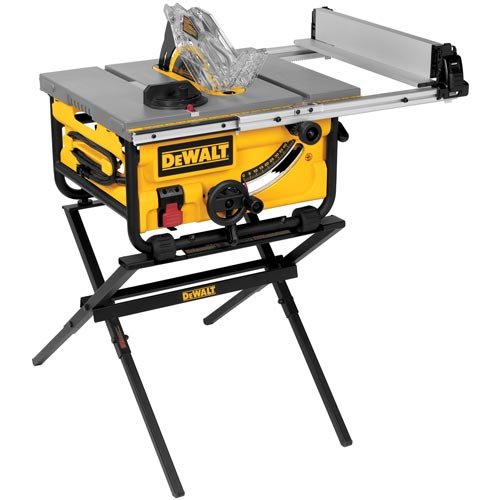 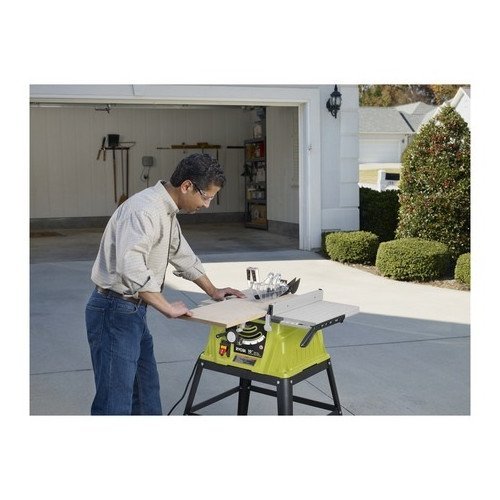 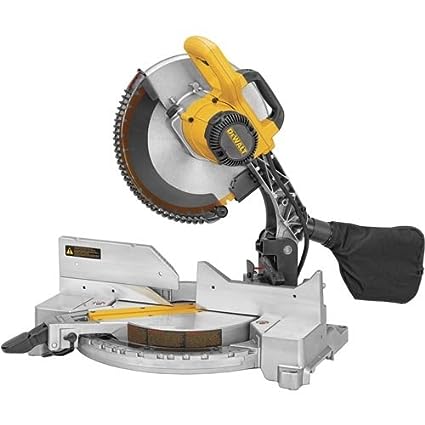 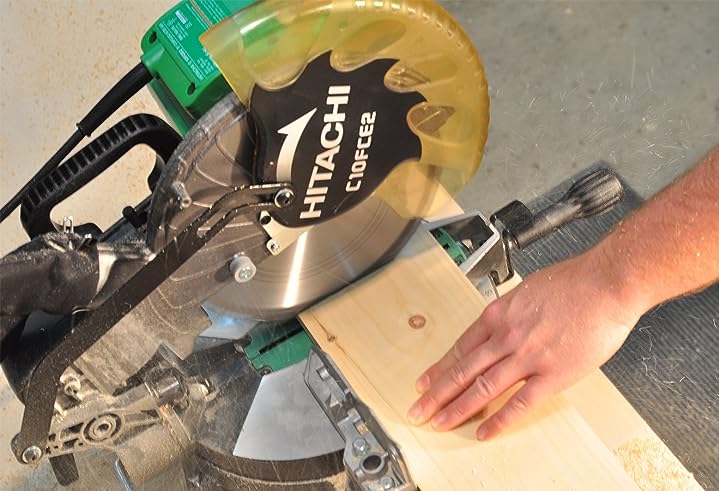 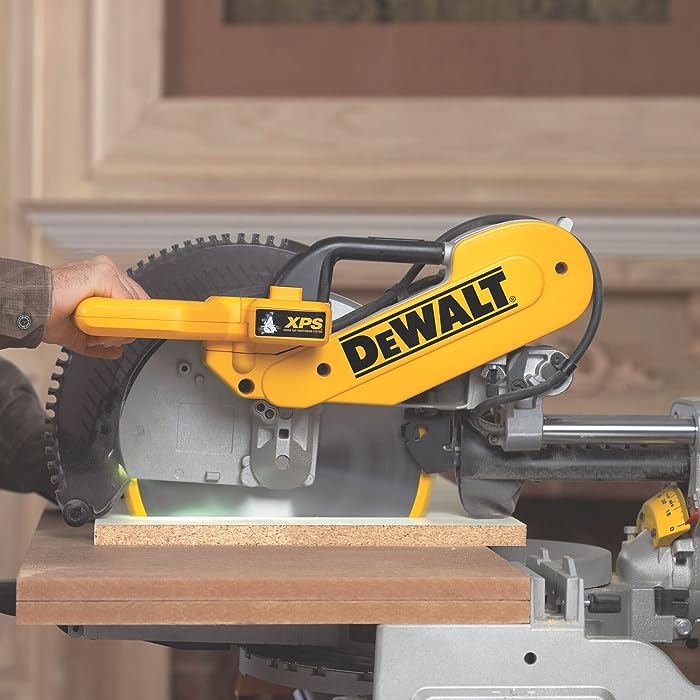 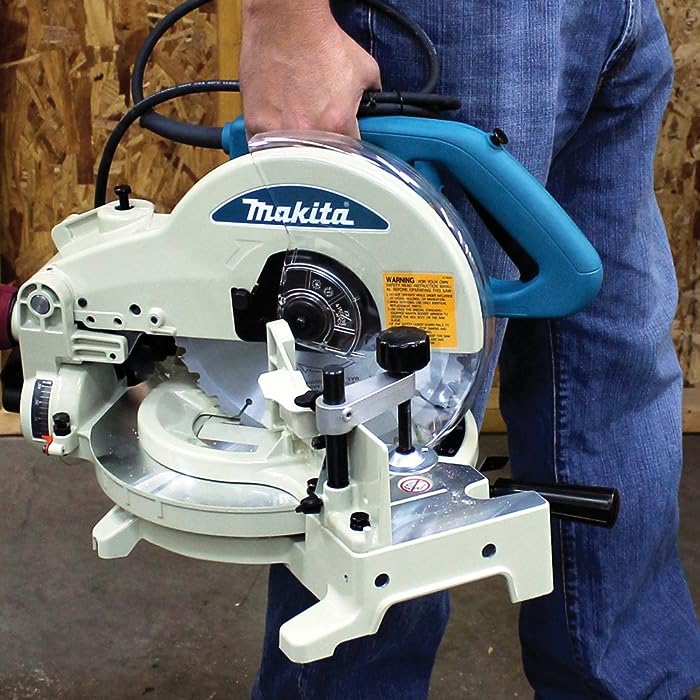 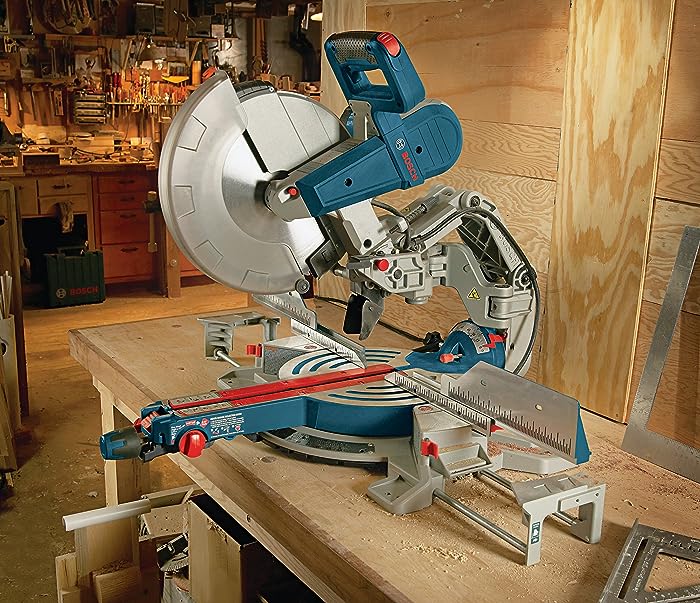 While summarizing we can easily state that the confusion about which tool to choose from table saw vs. miter saw rift is a never-ending, where on one hand miter saw is not at all an ideal tool for long rip cut and on the other hand table saw, as we know, is the basic tool for rip cuts in work pieces. Closeup side view of a mid 30's man doing some carpentry work at a workshop.

The miter saw is not really hazardous as the material is stationary and the saw head moves which generally keep hands of the blades.

The blades of the table saw spins in your direction and the firm hold on it needs u to stay near the constant flying splinters where the miter saw blades move in the opposite direction keeping you away from the mess.

Whichever saw you use, safety is a major aspect. So keep the safety measures in mind and get started with the tool you choose!.

Jigsaw Vs Circular Saw: Which One is the Better Bet?
Next Post: Band Saw Vs Table Saw: Complete Comparison Between 2 Essential Power Tools For Fine Woodworking